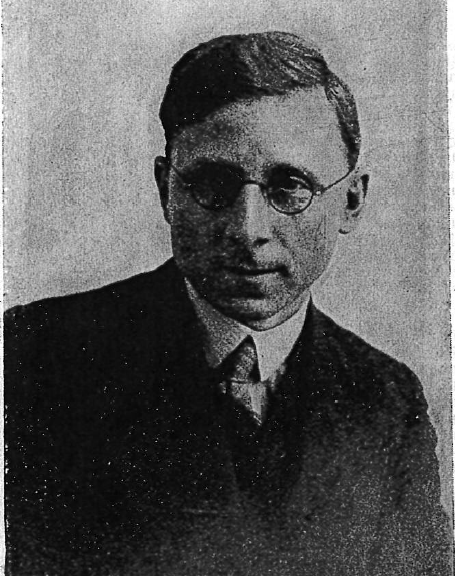 The Anglo-Russian Research Network will be holding its spring reading group at 5:30 on Friday 4 March at Pushkin House, Bloomsbury. We are very excited to welcome John Connor of Colgate University in New York State, who will be introducing the work of Harold Heslop, and using this as a starting point for a wider discussion of the emergence of a Soviet literary space and a ‘Novelists’ International’. The texts can be downloaded here. These are password protected: please contact Rebecca Beasley (rebecca.beasley@ell.ox.ac.uk) or Matthew Taunton (m.taunton@uea.ac.uk) if you would like to attend and we will gladly send you the password.

Here is a summary of the reading group’s focus:

In a letter from Russia published in 1927 in the Sunday Worker, A.B. Elsbury observed what appeared to him a publishing-world anomaly. ‘I was entirely unprepared for a Russian version of an English novel which has not yet appeared in its native language. This was “The Price of Coal” by an English writer, “G. Gislop” (which, I imagine, must be H. Heslop). On inquiry I was informed that the novel is one written by a Durham miner and rejected by the London publishers. In an extremely attractive cover the book was selling well.’ Heslop’s first novel would have to wait seven more years before an English publisher thought fit to print it. In the meantime, Heslop published three more novels, two in both English and Russian editions, and the third in Russian alone. Heslop travelled to the Soviet Union in the winter of 1930 as the British representative to the Second International Conference of Revolutionary Writers at Kharkov; and in Moscow he presented a copy of his novel to Evgenii Zamiatin, who wrote a screenplay, loosely based on its account of an unsuccessful British coal-mining strike, in 1931, though it was never produced. For the remainder of the 1930s, Heslop continued to appear in the pages of International Literature, the English-language edition of the main organ of the International Union of Revolutionary Writers.

This session asks whether it is possible to see in Heslop’s Soviet-world success some of the emerging mechanisms for the circulation and consecration of writers’ persons and works that would so so transform the conditions of humanistic practice later in the century. The literary sociologist Pascale Casanova has painted an influential picture of the ‘world republic of letters’ as a unified space independent of national and political borders but nevertheless with its own capital, its own subordinate provinces and hierarchies of prestige. That cultural capital is Paris, the ‘Greenwich Meridian’ of literary modernity; writers travel from the peripheries to Paris to make their reputations, and they win recognition there by declaring their independence from literary precedent and from the embarrassing parochialisms of nation and politics. The efforts to sponsor a global proletarian culture in the years after the Russian Revolution suggest, however, a significant dislocation of Casanova’s model of world literary space, the emergence of a parallel system with its own institutions, internal dynamics and laws of operation. Michael Denning has given it the name ‘the Novelists’ International’, and it is its enabling mechanisms – the translation routes, the accreditation systems, the publication venues – that I want for us to think about. We will take as our text extracts from Heslop’s correspondence with his Russian translator, Zinaida Vengerova-Minskaia, and from his first novel, Goaf (1934); from his speech to the delegates at Kharkov (1930); from the official criticism of his work that appeared in the first number of International Literature (1932); and from a later historical novel, also appearing in IL.

John Connor is an assistant professor of English at Colgate University, in up-state New York. He is finishing a first monograph on the historical novel and its reactivation in the middle decades of the twentieth century; his articles include a study of the Australian-born British Communist Jack Lindsay, in the Review of English Studies (2015), and most recently, of the late-career fiction of Raymond Williams, in Key Words: A Journal of Cultural Materialism (also 2015).

The texts can be downloaded here. These are password protected: please contact Rebecca Beasley (rebecca.beasley@ell.ox.ac.uk) or Matthew Taunton (m.taunton@uea.ac.uk) if you would like to attend and we will be glad to send you the password.

You can now listen to John Connor’s talk, in which he introduces these materials, here: