The Anglo-Russian Research Network will be holding its spring reading group at 5:30 on Friday 4th May 2018 at Pushkin House, Bloomsbury. We will be exploring British ideas about Siberia in the late nineteenth century, including George Kennan’s important work.

We are delighted to welcome Professor Charlotte Alston, who will be leading the discussion. Charlotte has published widely on Anglo-Russian themes (details below), and we will be hearing about her new research.

Beyond Kennan’s Siberia: Siberia in the 19th Century British Imagination

Siberia fascinated international observers. It was at once a bleak wilderness, and a world of untapped resources. It was of interest to geographers, ethnographers and explorers. In Russian narratives too, Siberia occupied an ambiguous position, as either a colony, or an integral part of the empire; as a savage land of exile, or a place of freedom and authenticity. In the 1890s, two developments in particular brought Siberia to the forefront of British discussions about Russia. One was the construction of the trans-Siberian railway, which situated the region in a narrative of technological and industrial progress opening up new worlds. The other was the spate of exposés of the Siberian exile system, beginning with George Kennan’s Siberia and the Exile System, which connected the region to debates on the nature and practices of the tsarist government. Discussion of the Siberian exile system took place not only in lecture tours of cities across Britain and America, but also in popular fiction and novels for children.

In this reading group session we will go beyond the high-profile debates initiated by Kennan, and look at the images of Siberia projected in fiction and non-fiction accounts, both before and after the publication of Siberia and the Exile System. We will look at a selection of texts that are set in Siberia and take exploration, or more commonly exile, as central themes. Through these, we will think about the roles of Russian and British authors, travellers and activists in shaping images of Siberia; consider how writers developed these images in reference/response to Kennan’s influential book, or independently of it; and explore the role of geography and climate in presentations of Siberia as a land of either oppression or opportunity. 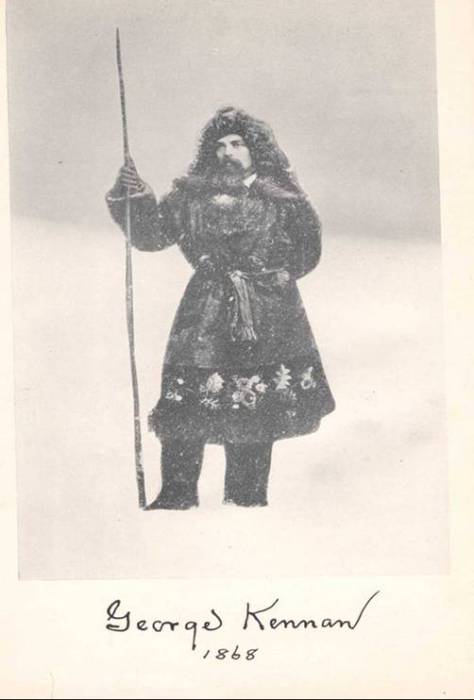 Biography: Charlotte Alston is Professor in History at Northumbria University. She works on Russia’s cultural and diplomatic relations with the west, the history of the Russian revolution and civil war, and the post-first world war peace settlements. Her publications include a biography of the New Zealand linguist and publicist Harold Williams, who reported and advised on the Russian Revolutions, and a book about the international influence of Tolstoy’s Christian anarchist thought.

The Anglo-Russian Research Network organises termly reading groups for those interested in the interactions between British and Russian culture and politics in the period 1880-1950. These are informal events with plenty of discussion and wine, and are open to all. If you plan to attend, it would be helpful if you could let Rebecca Beasley (rebecca.beasley@ell.ox.ac.uk) and/ or Matthew Taunton (M.Taunton@uea.ac.uk) know. The discussion will finish at 7, and anyone available is very welcome to join us for dinner nearby.

Readings for 4th May can be found here. Please email Rebecca Beasley (rebecca.beasley@ell.ox.ac.uk) and/ or Matthew Taunton (M.Taunton@uea.ac.uk) and we will send you a password so that you can access these materials.