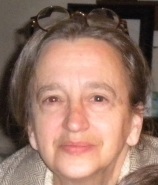 hwinn Smith is an independent researcher affiliated with Five Colleges, Inc., and she is currently researching John Cournos’s translations from Russian during his years resident in London. Her interest in Anglo-Russian literary relations was sparked by the classicist Jane Ellen Harrison’s late-career interest in the Russian language during the Great War and her later involvement with the Russian émigré community in Paris during the early 1920s.