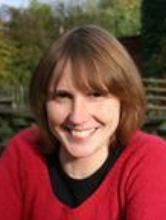 Her published work includes a monograph on Shostakovich’s Fourth Symphony (A Soviet Credo, Ashgate, 2006), two edited books on Shostakovich (Cambridge University Press, 2008, 2010) and articles on Soviet musical culture. Her third edited book, Twentieth Century Music and Politics: Essays in memory of Neil Edmunds, was published in 2012, and her second monograph, Classics for the Masses: Shaping Soviet Musical Identity 1917-1953 will be published by Yale later in 2015. She is currently working on Anglo-Soviet musical relations under Stalin.